I was working on a particularly challenging service turndown, which involved handholding some user migrations. During the waiting periods, it occurred to me that turning off the service by simply typing the right command lacked a certain gravity.

So I grabbed a Bluefruit EZ-key (12-key programmable bluetooth keyboard), a big red arcade button, and a 9-volt battery. Using the adafruit intro docs, it was simple to get the button working. But it still wasnt quite right.

It wasn’t until i found a fancy cardboard box at the local variety store that things really came together. A few tasteful stamps invited the pushing of the big red button. 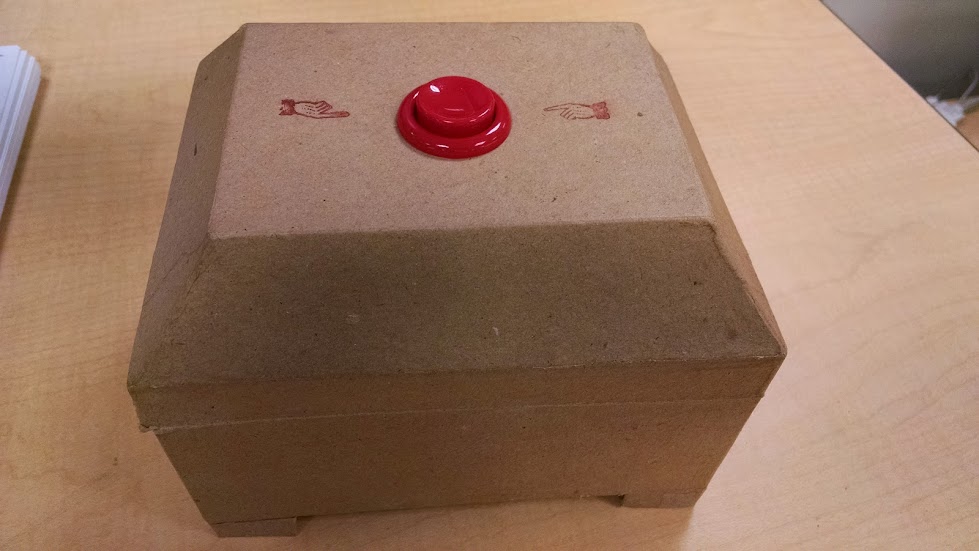 I also wrote a quick script for pairing, since the pairing instructions for linux were a little cumbersome. (unfortunately, there’s a lot of sudo in there…).

Now i’m fully prepared for the next dramatic launch (or turndown)!